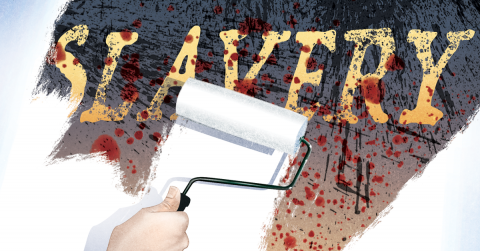 It is a despicable word, but then reality always bites, yes, slavery one of the most hated institutions known to humankind has survived several attempts of assassinations and like the mythical hydra is still alive and kicking in its several avatars in the world today and most of them are in India.  Although modern slavery is not defined in law, it is used as an umbrella term which refers to situations of exploitation that a person cannot refuse or leave because of threats, violence, coercion, deception, and abuse of power. In its latest report, the Global Slavery Index 2018 estimates that on any given day in 2016 there were nearly 8 million people living in “modern slavery” in India — a claim strongly contested by the government on the grounds that its parameters were poorly defined and too wide-ranging. The report said that in terms of prevalence, there were 6.1 victims for every thousand people. Among 167 countries, India ranked 53 with North Korea at the top of the list with 104.6 per 1,000 and Japan registering lowest prevalence rate of 0.3 per 1,000. However, in absolute numbers India topped the list on prevalence.

Speaking to Life GLINT over the phone, Professor  Bernardo A. Michael from Messiah College, Pennsylvania, US who teaches South Asian history, explains ‘’ Caste continues to remain a key ingredient in the emergence of new social patterns in India. It continues to be a source of inequality and exploitation whose regional expressions are blunted by new patterns of migration, capital accumulation and political activism. Dalits (low castes) cultures find diverse expressions across the subcontinent as they continue to evolve within a globalizing world.’’

The International Labour Organisation (ILO) states that there are 20.9 million men, women and children around the world who are enslaved. What is painful to see is that in the 21st century as the United Nations celebrates the Human Rights Day,   people are still sold like objects, forced to work for little or no pay and at the complete mercy of their 'employers'. "We were enslaved being lured with a show of currency notes and were forced to work on the fields for prolonged time without proper food. The landowner had completely stopped us from visiting my children even once after I was trapped here,’’ Geeta a 45-year-old labourer who has been forced to work in a field near Delhi told American Bazaar Online. This system of bonded labourer is just another word for slavery. Bonded labour is the most widely used method of enslaving people around the world.

"Victims of slavery and slavery-like practices frequently belong to minority groups, particular racial groups or categories of people who are especially vulnerable to a wide range of discriminatory acts, including women, children, indigenous people, people of 'low' caste status and migrant workers," says the Report to the 56th Session of the United Nations Commission on Human Rights.  This is certainly the case for millions of bonded and forced labourers in South-Asian countries of India, Pakistan and Nepal, the vast majority of whom are dalits, of "low" caste status, indigenous people or other minority groups. According to the Human Rights Watch estimates  there are 40 million bonded labourers in India alone (Broken People, 1999, page 139)

In a free- wheeling interview with Life GLINT Professor Bernard says, ‘’The category of bonded labour is a generic one that encapsulates many types of corvee labour relationships variously known as begar, kamaiyya and so on that have historically allowed elites to extract a range of services from subaltern segments determined by caste, kinship, gender, ethnicity, tribe, and sexuality. Such laboring groups have traditionally provided a range of political, military, social, economic, cultural, and religious services built around patron-client relationships involving the affirmation of status, honour, and authority.’’

Anti-Slavery International, an organisation that works to eliminate all forms of slavery, ‘’bonded labour is the most widely used method of enslaving people around the world.  A person becomes a bonded labourer when their labour is demanded as a means of repayment for a loan. The person is then tricked or trapped into working for very little or no pay, often for seven days a week. The value of their work becomes invariably greater than the original sum of money borrowed. Often the debts are passed on to next generations.’’

Dr M K George, Director of Indian Social Institute (ISI) which is a human right based organisation comments, ‘’ I guess slavery in the strictest sense of the word, does not exist here. But we have evolved very subtle and smart modern slavery: Domestic workers, particularly the live-in workers, for instance. They are subjected even to physical and sexual abuse. Cases after cases are reported. But hardly anyone is punished for the crimes they do to these modern day slaves. Child labour rampant in the country, far beyond the numbers in the records, is another form of slavery. The trafficked boys and girls...the list go on. ‘’

Professor Bernard adds,  ’it is seen that 86 % of these dalits in India are landless or have miniscule patches of land which invariably leaves them economically dependent on their employers who in turn use this as an opportunity to exploit. These labourers are then dished out extremely poor wages or in some cases nothing at all and are subject to violence, social and economic boycotts.’’ He  explains that although laws in India, Pakistan and Nepal prohibit such labour these millions of unfortunates continue to be enslaved. And as Anti-Slavery International says it is because the discrimination which underpins the system of bonded labour also helps in perpetuating it.

Also, it has been observed that the lower bureaucracies are reluctant to implement legislations which prohibit bonded labour as they fear a backlash from the local landlords and contractors. Another case in point would be that these individuals and even some institutions themselves could be inherently discriminatory and sympathise with the belief that these dalits, indigenous people and other minority groups owe a duty of labour to landlords for little or no pay.

It is illustrated by the fact that even after 37 years since the Bonded Labour System (Abolition) Act was passed 2.6 million bonded labourers have been identified through a study by the Gandhi Peace Foundation earlier this year which is far lower than the 11.7 million figure arrived at by a similar exercise carried out by the ILO around the same period. The bleak scenario is made even gloomier with the recent Global Slavery Index (GSI) report which points out that the largest estimated number of people trapped in modern slavery are in India. The figure hovers around 13,300,000 and 14,700,000 people in enslavement. The largest proportion of this problem is the exploitation of Indian citizens within India itself, particularly through debt bondage and bonded labour, the GSI from the Walk Free Foundation of Melbourne says.

The system of slavery has slowly morphed into an all pervasive evil that exists in all the nook and cranny of the social fabric. It no longer exists within the confines of agriculture where lower castes perform menial tasks in exchange for a life of meagre subsistence but exist in all large unorganised component verticals of the economy, be it construction, gems and jewellery, mining and quarrying, carpet weaving, rice mills and sericulture and many many more.

It is no longer limited to the traditional power equation in agriculture, in which the lower castes are expected to perform menial tasks in exchange for guaranteed subsistence. The prevalent system today is one of debt bondage. Poor and without resources, like Geeta, these people take credit from the local landlord or factory owner or contractor. The loan is akin to an advance on wages, to be paid off by working. Except it would seem the debt is never repaid - and only keeps growing. Piling interest, charges for delayed payments, meagre wages, and fresh loans for subsistence and emergencies means there is no escaping bondage.

Harvard fellow and anti-slavery crusader Siddharth Kara has been researching on modern slavery for about ten years and is currently in the process of writing a series of books on this subject. In his book Sex Trafficking: Inside the Business of Modern Slavery, Kara calls for a new brand of global abolitionist. ‘’I call for a new brand of global abolitionist movement predicated on a more unified, targeted, overwhelming response from governments, international organizations, and individual citizens alike. Individuals have a crucial part to play….   (who)  can serve as the frontlines of a new abolitionist movement, by forming a system of anti-slavery community vigilance committees…’’ 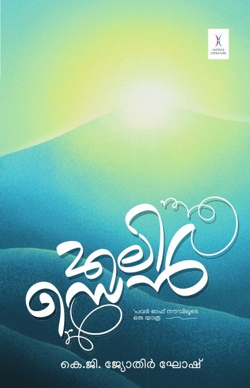